Review: At last! We have a movie! 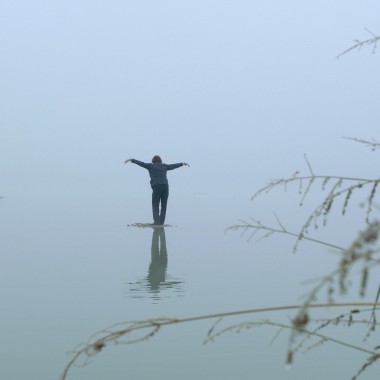 At last! We have a movie!!! After more than twenty years, our regional cinematography has finally received a full-blooded, ambitious, courageous and flabbergasting cinematic work, which captivates us with it's sheer intellectual power and extremely current, universal local theme and masterful performances. It combines undeniable authenticity and almost experimental originality with a very attractive, but unyielding dramaturgy. "You Carry Me" is not only the most consistent "urban" movie, but also one of the few that does not pander to the Euro-Atlantic (self-condemning) weakness for the war-related and "interethnic" themes.

„You Carry Me“ is a long-awaited feature debut film by Ivona Juka, the author of „Facing the Day“, a 2006 feature debut documentary, which had immediately shown to the public what a talented director Ivona is. With her two and a half hours long lyrical and epic drama „You Carry Me“, Ivona Juka is currently the best example of our regional cinematography.

Except for the director and screenwriter Ivona Juka and her sister, the producer Anita Juka, „You Carry Me“ is being represented by three, each in their own way captivating, grandiose actresses – Nataša Dorčić, Lana Barić and a quite young, but experienced Helena Beljan; the fourth protagonist, Nataša Janjić, delivers her best performance to date.

Juka does not depart from an ideological or political platform, nor does she advocate one. She is not trying to portray women as a "minority", or as victims and/ or someone whose freedom is (yet) to be fought for. On the contrary, what is – especially in the quasi-macho cultures like the Balkan one – usually considered as undesirable "female madness", "hysteria" or "irrationality", and in the best case scenario called upon as "intuition", in "You Carry Me" it is portrayed as a quite natural and legitimate, even predominant (not only) emotional state, which can be both dangerous and unpragmatic, but is often necessary for the development of the individual and its environment, and gives the life/movie the intensity necessary not only for the purification, but also for the birth of someone/something new.

In accord with the fierce pace of the movie is the frenetic camera by Mario Oljača, and excellent editing by Vladimir Gojun, followed by a significant impact of the „melancholic“ colorist Norman Nisbet and music by Teho Teardo, but what is really fascinating are the director's unusual close-ups which show a wide palette of emotions.

You should definitely watch „You Carry Me“, and not just once. It would be really significant and useful for the audience if they would go to some of the Croatian and regional cinemas and watch the movie, instead of giving in to the bad habit of sitting in front of the TV set and waiting for a miracle to happen.