Review: How our everyday life can seem a little less provincial 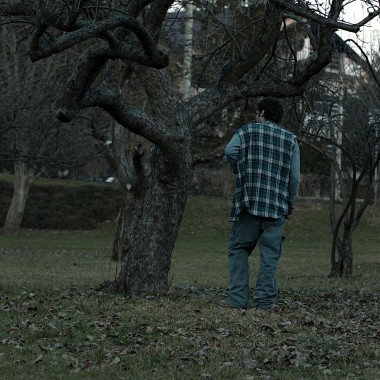 „You Carry Me“, the screenwriting and feature film debut by Ivona Juka, definitely shows us how a new era is emerging in Croatia's domestic cinematography. With masterful screenwriting, „You Carry Me“ is a kind of triptych about Dora, Ives and Nataša, three women of different ages, social status and problems with men in their lives, whose stories and harsh realities are shown in a subtle and discreet , yet very striking way.

Although they are successful and tough women (and a girl), they're having a hard time breaking through the ruthless world of post-transition and still existing stereotypical notions about the roles of daughters, wives and mothers in a contemporary society. The falling rocks are a very interesting metaphorical solution in the film, which extends throughout the entire fabular and protagonist triptych, and which symbolize the impossibility of overcoming the difficulties of the main characters.

„You Carry Me“ isn’t a movie for women, although it was written and directed by a woman and filled with female protagonists, nor is it a movie where patriarchy and the ability (or lack thereof) to overcome their traditional roles make the thematic backbone. Juka's product is of equal quality as any successful European movie, and makes our province little less provincial by cutting to its core. The story radiates dreamy life and brutal fantasy at the same time; oneiric elements are mixed with reality, and this great two-and-a-half hour long story, which – not even for a moment – aspires to the title of a Great Story, never creates the desire to look at the clock. Zagreb and its inhabitants are not only existentially alive, but also socially mobile; they are not only portrayed – they themselves create a reality in which they are (ruthlessly) caught into.

There is no great historical guilt or the mentioning of certain revolutionary dates – Juka’s characters are themselves responsible for what has happened to them, because they live life as it is and not as it once was, or as it should be – deceptive, implacable, and unfair. European by vocation, local by character, with great actors of different nationalities... and with such a handful of art so rarely seen in a debut, Juka’s film manages to bring the Man and not the Citizen, the Story and not the History on regional cinema canvas.