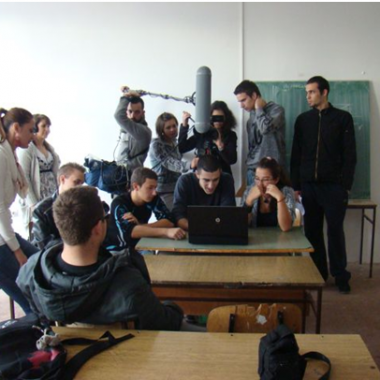 “Documentary film pre-production and production” is a workshop held in Vukovar. During the first phase of education, high school teachers obtained new skills and knowledge - they were presented with types of documentary films, phases of production, as well as instructions and methods how to work with pupils on cultural projects. The mentor was Mr. Goran Devic, awarded Croatian director and documentaries author. Goran is currently teacher at the Academy of Dramatic Arts Zagreb, on Documentary film directing and assistant of Mr. Nenad Puhovski, director of ZagrebDox festival.

Besides theoretical lecture, Goran presented numerous documentaries to the teachers and analyzed them. He talked with the teachers about working methods with pupils. During the workshops we used combination of lectures and group work, active participation and experience exchange. Besides manual with proposition of methods with pupils, we prepared material for teachers – documentaries and instructions. We also advised them on how to continue the work in film section, the approach towards high school pupils and how to lead teams of pupils during the development of documentary films.

Second part of education was intended for pupils. Teachers presented the project to their pupils and we had over 40 interested pupils for the workshops. Because of their obligations, 35 of them participated in entire workshop and some of them came whenever they could. Their colleagues helped them to catch up with the course of the workshop.

The workshop was designed to introduce the pupils with research techniques, methods and phases in documentary film production.

You can download a special brochure at the following link. 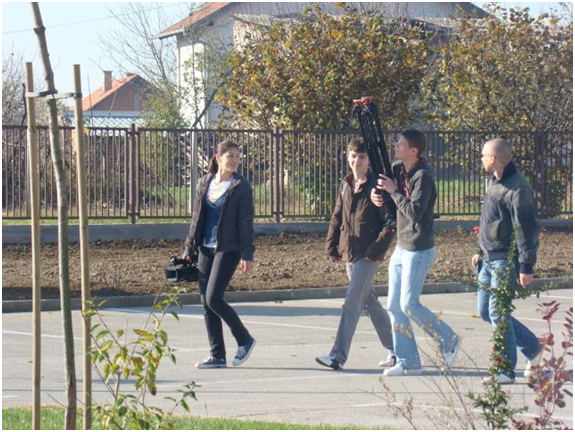