All different - All equal 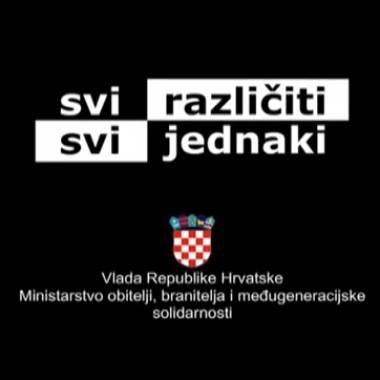 All Different All Equal - is the Croatian national campaign against all types of discrimination, that was conducted as part of Council of Europe campaign. Anita Juka, then President of Managing Board was proposed for the National Council for campaign development and implementation, and then elected as National Coordinator of the Campaign. Open Media Group proposed the 2 year course of the campaign, with detailed set of activities that was based on two levels – national level and local level. National level consisted of media campaign with TV clips, multiplying DVDs with documentaries with topic of tolerance – «The Smell of the Sky » directed by Miroslav Sikavica, and producing T-shirts with slogan «All different – all equal». The local level was organised by local government, which is best informed about the activities in their town and county. Open Media group proposed script for the TV clip and after being approved by the National Committee, Open Media group also produced the clip. The TV clip was broadcasted by Croatian television, and was presented to Council of Europe Campaign Coordination, that was very pleased by the clip.